OSHA is a highly charged topic.

And it might be a poor choice to start a safety tips article with OSHA.

But really, OSHA is the beginning, the middle and the end for worker safety.


OHSA rules violations can lead to big fines. For example, in 2015, a Wisconsin manufacturing company had to pay $1.7 million in fines after an OSHA audit discovered numerous violations. The company's safety record was poor and had already had accumulated 1,000 documented injuries because of unsafe working conditions.

So here are some of the most common manufacturing-related OSHA Rules violations:

As you know, machineries' moving parts, heavy weight, heat and energy sources become a dangerous combination when operated incorrectly. For example, there were an estimated 5 million disabling injuries in 2009, and 280 deaths manufacturing machinery .

Lockout/tagout problems in food processing and manufacturing alone led to 28 deaths and 227 serious injuries like amputations from 2003-2013. In 2012, the same industry had 18,620 lost time injuries costing $1.4 billion.

7 Things to do for a Successful Lockout/tagout System 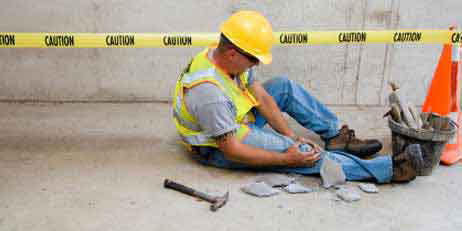 The Centers for Disease Control, which does research on mortality rates, published seven  lockout/tagout keys to maintaining  safe work environments:

The cost of lockout/tagout procedures is far outweighed by the bigger costs created by avoidable accidents and injuries. For example, improper lockout/tagout safety measures led to death of a worker and a million dollar fine for a manufacturing company in South Dakota.

Forklifts and other Powered Industrial Vehicles

According to the Bureau of Labor Statistics (BLS) Census of Fatal Occupational Injuries, there are approximately 34,000 injuries and about 100 fatalities because of forklift vehicle accidents each year. Total "lost work days" --a critical metric in manufacturing -- from forklift accidents is huge. One study of 916 powered industrial vehicle accidents showed that they resulted in a total of 22,730 lost workdays for the next work year.

OSHA has published many tips for improving forklift safety. Here are the top five:

Below are some machine guarding tips from OSHA.

Below are 5 safety tips for preventing electrocutions. 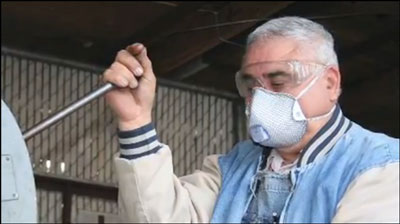 In 2008, private sector companies and government agencies reported more than 22,000 cases of occupational lung illnesses in their workforces. There are a wide variety of lung illnesses reported in different work environments.  Occupational asthma, black lung, brown lung, asbestosis and mesothelioma are among the most common and severe respiratory illnesses. Respiratory protection limits these risks significantly.

The financial and operational incentives to promote safety are significant.  Employers pay billions every year in Worker’s Compensation for lost work days. Productivity suffers as well. But let's get specific about safety.

What do the numbers show? And what are the benefits?

According to OSHA, businesses that focus on protecting workers have about 50% fewer lost workdays. The U.S. Department of Labor has an online calculator to help you estimate how much a worker accident might cost. While this data is based on estimates, it’s important to use such calculations as a ballpark estimate of the magnitude of the problem, not an exactly calculated cost for your business. Here are some numbers to consider. The average occupational death costs $910,000. A lost workday case involving injury can cost an estimated $28,000, according to the calculator. If this figure seems too high, research has identified a range of $14,000 to $131,000. Estimated costs include medical treatment. Add in hospital time, rehab, and home health care and costs add up quickly.

The return-on-investment for proper safety programs is well proven.

“Numerous studies have put the return on investment (ROI) of such programs at 3:1 or higher. In a 2008 Indianapolis Business Journal article, trucking industry leader Celadon attributed a 20% reduction in healthcare costs to its Highway 2 Health initiative. And Federal Motor Carrier Safety Administration’s 2007 Commercial Truck and Bus Safety Synthesis 15 reports that Waste Management Inc. discovered that slightly more than 10% of its employees used 80% of dollars spent on healthcare, workers’ compensation, absence and disability benefits. An integrated campaign targeting key risk areas has since delivered multi-year savings of more than $100 million. But, none of these programs are mandated by federal agencies.”

It's important to know that there are leading companies that go well beyond what OSHA calls for in worker safety and health.


Why do they go the extra mile?

Research shows that the cost of not having a culture of safety will cost you a lot more than you will spend on safety programs. But there is more to it than that.
What Alcoa CEO Paul O'Neill once coined and demonstrated as "the ripple effect," has been called “positive corporate culture” by high-minded business professors and analysts.

In recent years, these writers and researchers prove out that it's possible to achieve a significant ROI from developing a positive company culture, whatever that is.
If we indulge this line of analysis a bit, “Prof. James L. Heskett wrote in his latest book The Culture Cycle, an effective company culture can account for 20-30 percent of the differential in corporate performance when compared with “culturally unremarkable” competitors.”
A 20-30% potential advantage in organizational performance?

Here are some typical areas of your company culture that can yield significant performance improvement:


Why is this important?

It turns out that an improved safety culture can only be achieved if you improve these other areas such as employee training, employee retention, employee communication as well as productivity. Competitively, the opportunity is great, particularly when you consider most companies do not have this view.
But it is extremely hard to do.
So where do you start?

Working With OSHA:  Nightmare or Opportunity?

Before we suggest that OSHA can help your company, let’s address the rumors and fear-mongering about what a nightmare OSHA is.

We’ve all heard OSHA lumped in with every other government regulation that’s hurting American business. In fact, we’re all heard bad stories about OSHA. It turns out these are more isolated anecdotes than ground truth.

What does the research say?

In addition, the study found that there is no additional cost to a company to comply with OSHA regulations.

On the other hand, fewer injuries led to a whopping 26 percent reduction in lost work days and medical expenses, for an average of $350,000 per company.

The study proved that OSHA regulations save rather than cost money.


Getting Started With OSHA Programs

According to OSHA, there are at two major reasons to partner:

"In a partnership, OSHA enters into an extended, voluntary, cooperative relationship with groups of employers, employees, and employee representatives (sometimes including other stakeholders, and sometimes involving only one employer) in order to encourage, assist, and recognize their efforts to eliminate serious hazards and achieve a high level of worker safety and health.

One of most important case studies in modern corporate history is Alcoa Steel under CEO Paul O’Neil’s leadership.


O'Neill created a very tight focus throughout the company on having the highest expectations for worker safety. In fact, he set a big hairy audacious goal of having zero lost worker days,
As O'Neill put it,

"Until I said the target was zero, we didn't have a problem. Part of the role of leadership is to create a crisis."

By 2000, it was five times safer to work at Alcoa than 10 years earlier. From the start, O'Neill sent a clear message to Alcoa's workers and managers. He often began his speeches at factories by pointing out the fire exits. He led by example, personally wearing hearing protection in noisy areas.

Consistency, O'Neill believes, is a vital part of leadership.

He warns against giving employees the notion that management will switch priorities as "…the flavor of the month. If you really want people to believe you," he said, "you have to be painfully consistent."

It’s easy to talk about values, or place posters on office walls with slogans, but then not walk the talk.

Core values are created by a founder or CEO and they are an extension of her or his personal values.

O’Neil’s initial announcement about the new focus on safety resulted in shock, Many investors could not sell Alcoa stock fast enough. However, within a year of O'Neill's speech, Alcoa's profits would hit a record high. By the time O'Neill retired in 2000 to become Treasury Secretary, the company's annual net income was five times larger than before he arrived, and its market capitalization had risen by $27 billion. “

If Alcoa was a fluke, let’s look at Nucor the highly successful steel company. Nucor Steel is a company that has a so-called "intentional culture" emphasizing safety,

In 2012, Nucor had revenues of about $19.4 billion, and $245 million in profits in 2014. Listen to Nucor CEO Dan Dimicco describe in detail three keys to Nucor's success and  profits.

"Another core value is being employee-oriented. We have a no-layoff practice even when things slow down. You can't build a loyal work force that's going to give you everything they have if, when times are bad, you say "we needed you then, we don't need you now. Go away, we'll call you back in six months." You can't have a practice like that unless you're the low-cost producer and take care of the customers."

So if you are inspired to start or significantly improve your safety program, or create a strong culture of safety for your manufacturing firm, you will be faced with a challenge:

Getting all the elements in your company humming required to achieve a culture of safety.

In some ways, if we go back to "the ripple effect," safety is as safety does.

Improved safety might do more to grown profit at your company than you'd ever imagine.

It also might make it a great place to work.

What do you think is the greatest difficulty in creating a culture of safety for manufacturing companies?