You might already be aware of the risks of excessive overtime on employee health and overall productivity. Then there's employee overtime that seems unreasonable. On its face, these are overtime hours that should not pass any smell test and they usually result from a combination of timesheet fraud, poor time tracking and monitoring systems.

In May 2015, the office of Los Angeles City Controller Ron Galperin released the shocking findings of its audit of the L.A. Department of Transportation (LADOT). The audit was triggered by an anonymous tip alleging overtime abuse.

Focusing on the LADOT’s paint and sign division, the audit found “staggering” amounts of overtime that ultimately cost the city $3.3 million in a single fiscal year. The LADOT paid out more over time in 2013-2014 than any other city department, with the exception of the Fire Department.

A Brief History of the Timesheet 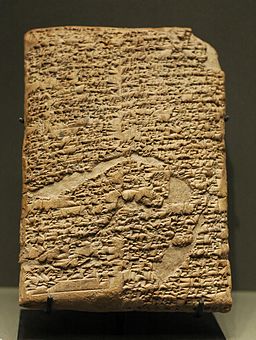 If you're one of the millions of workers who track their time on timesheets, you know how tedious it can be to account for every minute of your workday. Tracking your time may be monotonous, but timesheets are an essential business tool. Since the invention of the clock, virtually every industry and profession has measured the value of labor in shifts, hours and minutes. Timesheets make these measurements possible.

The modern timesheet has its roots in ancient history. The Code of Hamurabbi, a Babylonian treatise written in 1772 BC, set a typical worker's daily worker's wage at 6 grains of silver. That's about $0.25 per day, without adjusting for 3,786 years of inflation. Some trades earned less than a laborer. A tailor earned 5 grains of silver per day. A carpenter, 4 grains.

Public defenders in the state of Missouri are beginning in a new practice that could change the way they handle their overflowing caseloads: they are tracking their time in five minute intervals.

Public defenders are famous for being overburdened with cases and therefore tremendous amounts of paperwork and case preparation, to say nothing of actual court time. It is a branch of the legal profession that burns out many idealistic young lawyers, not only because of heavy workloads, but because validly-reached verdicts within the judicial system do not always equal just outcomes. How a public defender spends their time, what type of research they do, what avenues of defense they pursue, can weigh heavily on a client's guilt or innocence. So far, standard practice has been to not track this data.

The potential significance of this new time tracking practice is huge. First, more thorough documentation of the work public defenders do might be helpful in client appeals. Second, they could become the basis for policy changes that provide for improved best practices, or even greater funding for public defenders.

Google will track attendee whereabouts at the Google I/O at Moscone Center. Some might find this kind of granular people data tracking very offputting, but Big Data is not going away, ever. In point of fact, it seems much more likely with the development and proliferation of more sensors and the additional data points, almost everything under the Sun will be fair game for tracking.


At a conference several years ago (admittedly a very tedious one) two employees were overheard planning their escape to a local shopping center. If they had been wearing sensors, perhaps all of their movements would have been recorded and management would have hard data about their play time when they were supposed to be at the conference. So, the question is what to do with the data, because bored employees might be indicating that part of the conference was wasted time for everyone, not just those two.

While this kind of people monitoring can appear far too Big Brotherish, some employees do try to submit fraudulent timesheets, as was the case in Texas recently.

'The indictment also alleges that in order to personally profit from their fraudulent billings, Ramirez and Velasquez allegedly created payroll records from the fraudulent time sheet that they sent to Caring Touch’s payroll staff.' (Source: 7thspace.com)

The home healthcare company did nothing wrong, but two employees were charged with fraud after altering time records in order to receive payroll checks without having actually done the work. Well over 600 false and fraudulent claims were submitted, resulting in payments totaling $155,127.72. Texas Medicaid, Evercare, and Superior were the organizations that paid these exorbitant and illegally obtained funds.

So, even though there is much potential for the abuse of personal and employee data, time tracking and potentially even people tracking can be warranted in certain contexts.

How To Evaluate Time and Expense Tracking Software

Evaluating time and expense tracking software can be a daunting task given the number of options out there. You begin thinking of the steps: "I'll read some white papers, look at screen shots, develop a short list, schedule demo meetings and do some free trials." Your thinking is right on track. Then you're off to Google or Bing find the information you need so you can narrow things down. But when you do search one the phrase "timesheet software," Google says there are 10,000,000 pages to look at. You start to twitch as your cortisol levels start to soar. Then one of two impulses will take over:

The Declaration of Time Tracking Independence

Back in 1776, with no junk mail, law firms, investment bankers, or computer viruses, life was simpler, probably better. But, as my great great great great grand uncle Thomas wrote, "when in the course of human events it becomes necessary for a company  to dissolve the bands connecting it with its payroll services provider..." it caused quite a stir at GBP (the Great Britain Payroll company).